When we think of Ancient Egypt, the mystery of their knowledge is vast and unique of masterfulness for generations. As we just view of the Great Pyramid of Giza from the south, the smaller pyramids in the south are in Virgo with Cancer, while the larger pyramids are
in Virgo with Gemini.

Because they thought their pharaohs turned into stars in the
northern sky once they passed away, the ancient Egyptians oriented their
pyramids and temples toward the north. The lesser pyramids, however, are all
slightly off, whereas the Great Pyramid is aligned with the north. The
locations of stars change every year. Since the Earth’s axis of rotation is not
constant, they drift. The celestial North Pole wasn’t discovered exactly
between the two stars until 2467 BC.

It is estimated that the Giza pyramids are 4,500 years old.
According to one theory, the Egyptians used two stars to determine the north. The
celestial pole, the fictitious axis that all stars revolve around, was close to
separate positions where the two stars, Mizar and Kochab, were situated.

One can determine the period of time when the pyramids were
constructed by examining minute variations in star alignments.

Astrology is the study of how distant celestial bodies—typically
stars and planets—affect human existence. In addition to other forms of
divination, it is believed that a person’s personality, romantic connections,
and financial future are all influenced by the sun, stars, moon, and planets at
the time of their birth (not their conception).

The term “sign” refers to one of the 12 constellations of
the zodiac and is what most people are familiar with when it comes to
astrology. This type of astrology is based on the sun-sign system, which is
used to create newspaper horoscopes. It is most likely the easiest kind because
the person’s birthdate is all required to create a sun-sign horoscope. Many
astrologers will tell you that this type of astrology is so basic that it only
ever yields a very small amount of information.

Astrologers look at what sign each planet was in at the moment of
birth to get a more precise reading. The planets and signs work along with
other factors, such as houses and angles, to create a complicated and
frequently quite unique psychological profile of personality, life and future
prospect

The units known as decans were the primary contribution of Egyptian
astrology. Every 24 hours, 36 groupings of tiny constellations called decans to
rise in order on the horizon. The Egyptians also created a 365-day calendar and
divided the year into 12 months with a total of 30 days each. Each month was
given an astrological sign, which was then grouped around the four seasons.

The period of each decan thus came out to be the number of days in
a year divided by 36, or around 10 days, because there were 36 decans that
repeated themselves. However, because the time was set at exactly ten days, the
Egyptians only had five days to commemorate the end of each year.

For example, if you buy Pyramid NFT Pyramid Mystery Temple Reunion
Collection with a lion face, this is how it will affect your future life. You aspire to
maintain order and are a natural leader. You will favor establishing,
enforcing, and adhering to the rules. You will become skilled at deciding
things objectively and directing other people. You will be conventional and
rely on your past knowledge. Despite being quite realistic, you will have a
creative and artistic side. Although you might not be fully in touch with your
emotions, you will discover that you have very strong personal ideals.

Do you know what numerology is? All your life, have you seen the
same number? Have you ever noticed that you are drawn to certain numbers? Maybe
you’re interested in learning more about numerology. Perhaps you have no
concept of what numerology is at all.

Numerology is the basic study of the numbers in your life. Using numerology,
you can learn facts about both the globe and each individual.

A global language of numbers is thought to exist in numerology.

Numerology can appear to be extremely complex, and there are so
many different types of it that you might not even know where to begin.
However, if you are familiar with astrology, you may know a little about
numerology; it is similar to astrology in many ways but uses a different
method: numbers—to obtain knowledge and insight.

For example, if your date of birth is 23/2 when you calculate life
path number you get 22. You buy a pyramid NFT 22 from Pyramid Mystery Temple
Reunion, this is how it is going to affect your life.

The second of the three master numbers, 22, is also known as the number
of a master teacher.

The two (who are 11 and 33) of these three digits are lucky for
individuals who are born with them and have a mystical meaning. Compared to the
other master numbers, the Pyramid NFTs 22 is highly potent and has a higher
degree of spiritual awareness. You are really fortunate if you will buy this
magical NFTs 22 because you can easily manage a big project and have the power
to transform your reality into a dream. This magic number have the magical
power to perform bigger in every field of life.

**To purchase MINT one or more of the first MOLIAE NFTs Collection visit official website at MOLIAEWorld.com ** 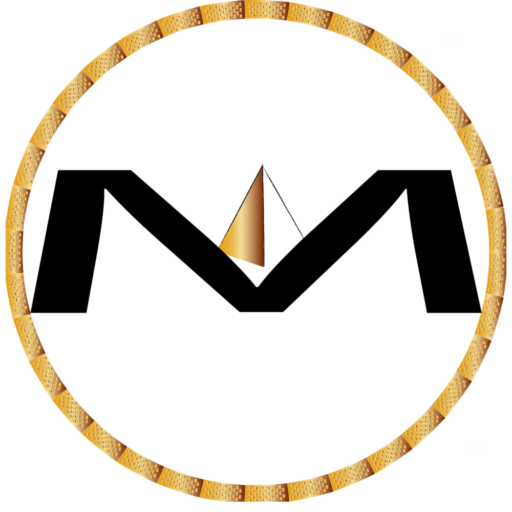 We aim to inspire and encourage to know thyself in a motivational way through stories of ancient times of Egypt Mitsrayim for a forward moving mindset that positively influences humanity.